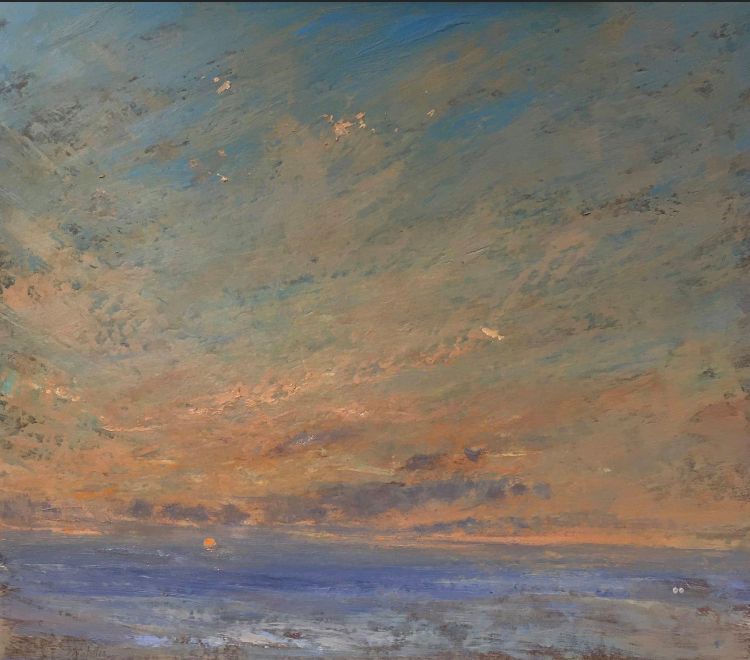 I have a painter friend named John David Wissler.  He paints the sky.  Beautiful skies that change and flow just like the real thing.  Rather than imagining the skies he paints, he goes out into the world with his canvas, easel and brushes, and paints what he sees as he's looking at it, and as it changes from minute to minute.

This type of painting is called "plein-air", which means to paint outdoors.  And if an artist is attempting to capture the natural world through their work, this seems to me like the way to go.  Just get out there and take direction from the subject itself.

As a nature-loving tree-hugger, I've always been interested in the idea of plein-air art and wondered how I might be able to apply that idea to music.  I admire people like Paul Winter, who incorporates the actual sounds of nature in his writing. Also native American flautists like R. Carlos Nakai, who take to the outdoors unaccompanied and play what they experience, immersed in nature.

After kicking several ideas around for a few years I finally got started this winter, filming my own outdoor footage and then improvising a soundtrack to it in the studio.  Ideally of course I'd like to record and film outdoors at the same time, but I literally have my hands full just playing the instruments, and as rookie at this, I don't exactly have a Hollywood budget to hire a crew to film the scene while I play to it.

So, I took my iPhone down the street from my house, into Lititz Springs Park, and captured the scene on a snowy day.  After editing the footage, I chose the instruments that, in my mind, characterized the scene best.  In this case, it was Native American flute and alto recorder.

I recorded the music by watching the footage and improvising to it; hoping to interpret the scene through sound. There were no re-takes or do overs.  I tried to keep it as "live" as it would be if I had gone out into the park and played.

As my first attempt at this type of thing, of course there were mistakes, and I learned that I'm a very loud breather.  So loud, that I tried to edit out all the breath sounds in the music- they were just too distracting.  As a consequence of that and my own performance and tech limitations, this first film was a great learning experience.  I hope to improve with each future project.

But having said that, the essence of what I'm trying to accomplish is there, albeit a bit unpolished.

Sometimes videos like this are called "quiet TV".  They're meant to help people relax, and to take a moment to realize what else is in the world, besides what's on their schedule.

If you're interested in this type of thing, please give this movie a play, and let me know what you think.

I've done a few other videos like this, but this is the first using original music and the plein-air approach. For Lancaster, Pa area residents, those videos air from time to time on LCTV66.