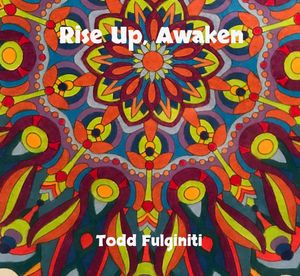 Let’s be honest- 2020 sucks and it's mostly our own fault.  The reasons why are obvious.  The good news is that we can fix it if we wake up to our situation and get to work- together.  That’s the idea behind Rise Up, Awaken.

Ironically, the pandemic we're trying to beat is, in part, what gave me the time to try something new- songwriting.  Earlier this year, when the pandemic wiped all of our calendars clean, many people used that time to work on projects; improving on something they already were into, or maybe attempting to learn or experience something new.  The quarantine also gave us time to think and reflect, instead of just running through our daily routine of tasks.

For me, having no gigs to play was a good thing in many ways.  I was fortunate to have been pretty busy up to that point, but needed a break.  When the shutdown came, I didn't pick up my trumpet for several months.  Instead, I shifted my focus to a few of the things I had been wanting to do, that never seemed to get any of my attention.  I started a new blog (www.fiveoclockshadow.life), completed a sustainability presentation I had stalled on, and continued wondering how I could use music for the common good, rather than just for playing whatever gig I was hired for.

I really enjoy arranging and writing, but as a trumpet player, nearly everything I've done is instrumental.  I wanted to try writing a "real" song this time, one with a social message.  Ironically, even though I'm writer/blogger, I've never been good with lyrics or poetry.  And, I'm a trumpet player who does some singing, not the other way around.  So, I knew there were hurdles.

I grabbed my ukulele and headed down to our basement to experiment.  Eventually, my original, Irish folk-sounding idea evolved into a reggae style sketch of Rise Up, Awaken.  It's hard to write a song with a social message without being influenced by Bob Marley.  At least, it is for me.  I took the sketch to Steve Puffer at Parallel Productions just to experience the recording process from a new angle, and we started working on the track.  It was like putting a jigsaw puzzle together when you're sure some of the pieces belong to another puzzle!  It was fun though, especially because the whole thing was an experiment- no deadlines, and no consequences if the track ended up unusable.  My only real goal was to see the process through to the end, whether that resulted in a completed song or not.

Tom Herr, my daughter's boyfriend, recorded the bass and guitar tracks from his apartment in Bethlehem PA, and sent them to Steve.  I played everything else except the vibraslap and the flute.  If you ever need a good vibraslap sound, Steve is the guy- I didn't realized what a skill there is to that!  My wife Tammy surprisingly agreed to play the flute parts.  She was a really good player back in high school and kept playing at church and community groups until our kids were born.  She hadn't played in about 25 years.  Even though she said she was nervous enough to puke right into the mic, she got the parts down!

When we were all done and I'd finally stopped obsessing over which vocal effects to use or not use, I realized I needed some sort of cover art.  My friend Kirsten Lefever is an outstanding artist and she gave me a few of her pieces when I retired from teaching a few years ago.  They hang on the wall.  Up close, one of them looks to me like a bunch of people holding hands, joining themselves together with each other and connecting to something beyond as well.  That's what the song is about.

Most of the time, when I make music, the goal is to bring joy or satisfaction to listeners.  But with this track, I'm hoping to combine my music and blogging/writing interests, and to reach listeners in a more meaningful way.

The track is available here at www.toddfulginiti.com on the store page and at many streaming sites.  It's pay-what-you-want, with all proceeds going to The Sierra Club, ALCU, and Public Health Institute.